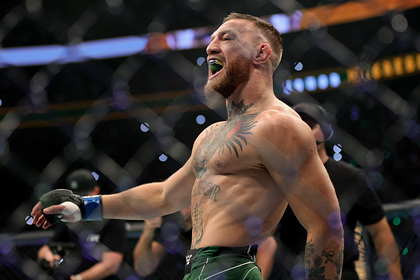 Irish mixed plan (MMA) fighter Conor McGregor announced his : The athlete intends to fight for the title after his return to the octagon. He wrote about this on Twitter.

The 33-year-old Irishman wants to resume his performances in the Absolute Fighting Championship (UFC), and the first fight after his return to hold with the champion of the organization in the lightweight division. McGregor admits that by that time Charles Oliveira will no longer have the belt. At the same time, McGregor emphasized that he was not worried about his confrontation with Dustin Poirier.

American Michael Chandler, the former Bellator champion, who had already managed to fight in the title fight in the UFC, expressed his readiness to fight against McGregor. The Irishman himself expressed interest in Chandler's proposal. Also, Max Holloway, a former UFC featherweight champion, spoke about his intention to fight McGregor.

McGregor continues to recover from an injury sustained in a fight with Poirier in the summer. He was defeated in the third fight between the athletes, suffering a broken leg at the end of the first round.

McGregor is a former UFC champion in two weight classes.