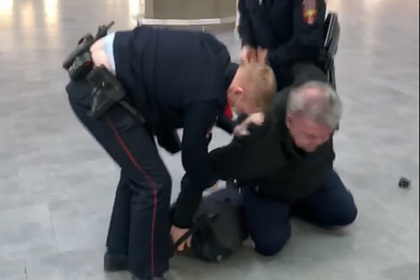 Alexandra Ilyina. Athlete Vitalina Simonova reported this on her Instagram.

According to her, the guards threw 63-year-old Ilyin to the floor, tied him up and handcuffed him. The reason was his refusal to wear a mask.

Earlier it was reported that the Russian made a brawl by refusing to wear a mask on board the plane. He ignored the requests of the flight attendants and the pilot to comply with the requirements, and when the police appeared in the cabin, the man started a scuffle. The brawler was removed from the flight, administrative protocols were drawn up against him and a criminal case was opened.