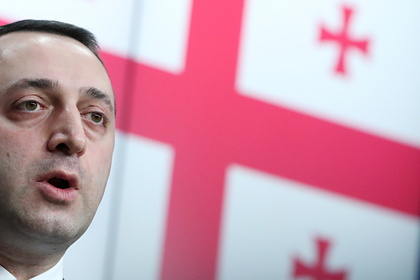 Georgian Prime Minister Irakli Garibashvili said there was no progress in political relations between Tbilisi and Moscow. He expressed this opinion in an interview with the First Channel of the Georgian Public Broadcaster.

Garibashvili accused Russia of disrespect for the territorial sovereignty and unity of Georgia, as well as the occupation of 20 percent of the country's territory. According to him, this is the main barrier in establishing relations.

At the same time, the head of the Georgian government noted that in 2021, when his Georgian Dream party came to power, there was no no contacts, including economic and cultural. According to Garibashvili, his party managed to achieve de-escalation with Russia. He pointed to the current format of the informal dialogue of the two countries “Abashidze-Karasin”, which concerns trade, economic and cultural relations.

At the same time, Garibashvili stressed, there is no progress in the political direction. In addition, he said that there are no conditions for direct contacts with the Russian leadership.

In September, Russian Foreign Minister Sergei Lavrov announced Moscow's readiness to restore relations with Tbilisi. He noted that at the moment Russia and Georgia have practically no official diplomatic relations.