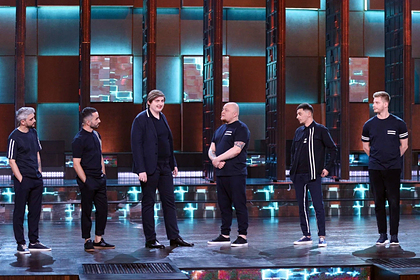 TNT, comedians from the Soyuz Studio team, responded to accusations that the project had stolen the format from KVN. In an interview with the Macarena YouTube channel, they commented on the words of Channel One CEO Konstantin Ernst about the “stolen game”.

“To be honest, I don’t know what they are guided by when they say that this is a stolen format. For me, these are absolutely different formats, ”said Aidar Garayev, a member of the Soyuz Studio. In his opinion, people draw parallels between the two projects only because many former KVA members participate in the “Game”. However, the program on TNT, according to Garayev, has a different humorous form, albeit a team one.

Comedian Lelya Gushchina (real name – Elena Gushchina) admitted that she was surprised and slightly subdued by the words that “Game” stole the show format from KVN. The artist noted that the members of the Soyuz Studio had been practicing humor in KVN for 15 years (as part of the Soyuz team – comment of “Lenta.ru” ). According to her, the comedians left the cult show with their own baggage. “We were created as a product ourselves and left with this product, what complaints can there be? We sell this product wherever we want, “the comedian responded to criticism.

The words of Channel One General Director Konstantin Ernst about the stolen game were heard at the Moscow Mayor's Cup before the final estimates were announced. “Who will win today, who will lose – there is no difference. We are sure that all of you will continue to play this game, the real one, and not the stolen one, ”Ernst said to the teams. A month before, the head and host of KVN Alexander Maslyakov criticized the “Game”, calling it a copy of the KVN.

On November 2, it became known that TNT had suspended the filming of the “Game”. The TV channel explained this decision by the coronavirus pandemic. The broadcast of already filmed episodes of the show was also suspended.