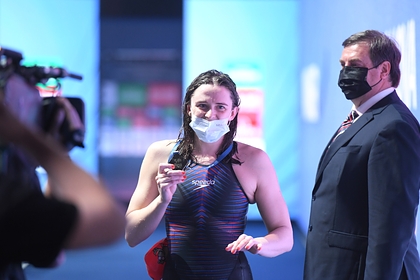 Simonova. This is reported by “Interfax”.

The athlete is suspected of insulting the police officers at the Pulkovo airport, who detained the merited swimming coach of Russia Alexander Ilyin for refusing to wear a mask. A case was initiated against the swimmer under Article 319 of the Criminal Code of the Russian Federation (“Insulting a representative of the authorities”). She is under recognizance not to leave.

According to the investigation, Ilyin allegedly showed disobedience in response to the policemen's demands to put on a mask, in connection with which force was used against him. In response, 29-year-old Simonova, who was supposed to fly out with a coach, publicly insulted the junior inspector and the inspector of the line department of the Ministry of Internal Affairs in Pulkovo.

Simonova spoke about the detention of Ilyin earlier on November 23. According to her, law enforcement officers knocked the 63-year-old coach to the floor, tied him up and handcuffed him. The reason was his refusal to wear a mask.