Engine Insights: 59% of Gen Zers wanted to get rich on crypto 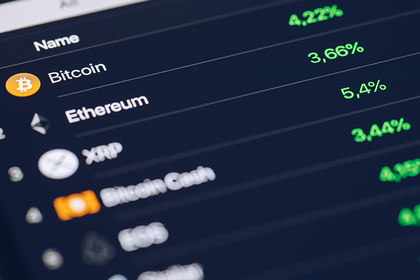 Most young US investors are confident they can get rich on crypto. According to a study by Engine Insights, 59 percent of Gen Z (born 1997 to 2012) and 46 percent of millennials (born from 1981 to 1996) wanted to become millionaires thanks to digital assets.

This trust in cryptocurrencies among the younger generation was explained by Katie Sheehan, vice president of the Cassandra division at Engine Insights. “This generation is comfortable with everything related to digital technology, so it is not surprising that they are more comfortable working with cryptocurrency,” Sheehan told Insider.

The vice president also noted that young people are very concerned about debt and finance. This could be due to a number of factors, including rising property prices and higher education, she said. Sheehan stressed that the highest inflation rate in the last 30 years has increased interest in cryptocurrency, in which young investors see a quick solution to the problem.

In total, 31 percent of investors believe in cryptocurrency as a source of wealth. The least inclined generation to invest in digital assets is the baby boomer generation (born 1946-1964). Among them, only three percent are ready to trust cryptocurrency and invest their savings in it. Most of all, representatives of this generation rely on investment funds (28 percent) and stocks (26 percent).

The attitude towards cryptocurrencies at the state level is still ambiguous. China, for example, has already banned mining and operations with digital coins. The Central Bank of Russia has opposed bitcoin as a means of payment for settlements within the country, but is preparing to create its own digital ruble. Former US Secretary of State Hillary Clinton called cryptocurrencies a threat to nations and to the dollar's dominant role in the economy. The US Treasury has not yet decided on its position: Deputy Treasury Secretary Wally Adeyemo first saw a danger for the dollar in cryptocurrency, but then changed his mind.