Manager of Ukrainian Alexander Usik Krasyuk about boxer's fee: all numbers are far-fetched 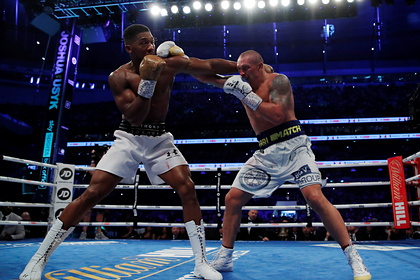 Manager of Ukrainian heavyweight boxer Alexander Usik Alexander Krasyuk said, that the boxer has not yet received his royalties for the victory over Briton Anthony Joshua. His words are quoted by Sports.ru.

“Nobody guessed about the part of the fee for Alexander. All the numbers that flashed in the press are far-fetched. No amount has anything to do with reality. Alexander has not yet received a fee for the fight, ”Krasyuk emphasized. He said that the boxer will receive a fee after the sales of PPV are calculated (pay-per-view (paid broadcasts) – approx. “Lenta.ru” ).

В At the beginning of November, Usyk confirmed that he was preparing for a new fight against Joshua. According to him, the fight may take place in the spring.

Joshua and Usyk fought on September 26. The Ukrainian boxer won by unanimous decision and became the world champion according to the versions of the World Boxing Association (WBA), International Boxing Federation (IBF), World Boxing Organization (WBO) and International Boxing Organization (IBO). It was reported that Usyk could earn over 3.5 million euros for the fight with the Briton.