US special envoy for Belarus Fischer: Russia is ready to take advantage of the migration crisis 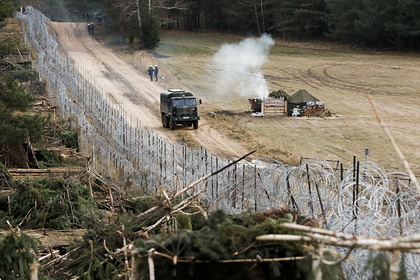 migrants. This was stated by the US special envoy for Belarus Julie Fisher, RIA Novosti reports.

She noted that Moscow has “a unique influence on the Lukashenka regime,” and Washington welcomes the use of this influence in such a way that it moves Belarus forward. Nevertheless, according to the diplomat, the United States believes that Russia is ready to take advantage of the migration crisis for its own purposes, in particular to divert attention from the Russian military presence at the borders of Ukraine.

Border stand. Migrants on the border of Poland and Belarus – about a breakthrough to Europe, life in a camp

On November 17, Bloomberg described a pessimistic scenario for the development of the migration crisis on the border of Poland and Belarus. According to the author of the article, the presidents of Russia and Belarus, Vladimir Putin and Alexander Lukashenko, may escalate this conflict. At the same time, it was noted in the material, in the event of an open armed clash, Russia has already mobilized its forces on the border with Ukraine.

At the same time, Russia denies foreign media reports that the country is pulling troops to the border with Ukraine … In particular, the Foreign Ministry called such statements about Russian aggression ridiculous and dangerous.

Earlier, the press secretary of the Belarusian President Natalya Eismont said that, according to the authorities, there are about 7,000 migrants from countries in Belarus Middle East seeking to join the European Union. At the same time, two thousand of them were housed in a spontaneous camp on the border with Poland. On November 18, most of the migrants have already left for the building of the logistics center provided to them.