The State Department on reports about Russia's “invasion” of Ukraine: we do not know Moscow's intentions 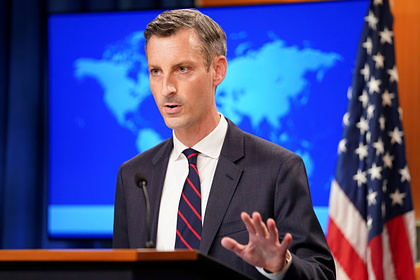 that Russia is allegedly preparing an “invasion” of Ukraine. This was reported by RIA Novosti.

According to him, Washington does not know Moscow's intentions. Nevertheless, the diplomat noted that the United States is familiar with the schemes by which Russia operates. He also stressed that any aggressive actions towards Ukraine could cause concern for the States.

At the same time, Price did not disclose what steps would be taken with respect to Russia in such a development of events. “We would not want to disclose our schemes of action,” he said.

Earlier, Bloomberg, citing sources in the intelligence services, wrote that in 2022 Russia will attack Ukraine from three sides. The United States claims that most of the Russian tactical groups are already in their positions. The Russian Foreign Intelligence Service stated to this that the US State Department was spreading false information. The SVR also noted that Washington officials deliberately intimidate Moscow's alleged preparations for an attack on Kiev, but in reality the Russian side has no such plans.