Ukrainian Foreign Minister Kuleba: Kiev is not planning a military offensive in Donbass 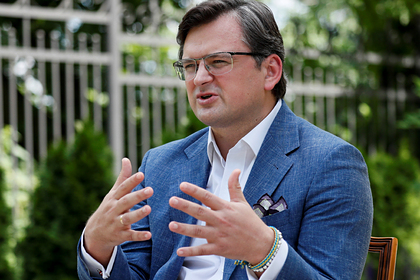 Kiev is not planning a military offensive in Donbass. Preparations for such an operation were denied by Ukrainian Foreign Minister Dmitry Kuleba, RIA Novosti reports on Monday, November 22.

According to the minister, Russia has increasingly accused Ukraine of wanting to resolve the conflict with the self-proclaimed people's republics of Donbass by force , however Kiev still relies primarily on diplomatic methods.

“The Russian Federation has increased the intensity of disinformation, including false accusations against Ukraine of allegedly preparing for a military attack in Donbas. Officially: Ukraine is not planning an offensive military operation in Donbass. We are committed to finding a politico-diplomatic solution to the conflict, “Kuleba said.

He also added that the Ukrainian side continues to” work hard “to revitalize the Normandy format together with France and Germany.

< p>Earlier in November, Russian presidential press secretary Dmitry Peskov expressed fears that Kiev could go to provocations to justify statements by Western countries about the alleged threat of a Russian invasion of Ukraine. According to him, in this way the Ukrainian leadership is probably trying to come to a military solution to the situation in Donbass. Later, a Kremlin spokesman also said that a number of countries are helping Kiev to build up its forces by supplying it with a significant amount of weapons.

Prior to this, The New York Times, citing American and European officials, reported that Russia was allegedly ready to invade to Ukraine and the time to prevent it, the Western countries have very little. As the newspaper noted, the attack could happen soon enough.

In turn, Bloomberg presented a pessimistic scenario, according to which a migration crisis could develop on the Polish-Belarusian border. According to the author of the article, the presidents of Russia and Belarus, Vladimir Putin and Alexander Lukashenko, may escalate this conflict. At the same time, it was noted in the material, in the event of an open armed clash, Russia has already mobilized forces on the border with Ukraine.