Tiffany & amp; Co presented a necklace with 578 diamonds worth between $ 20 million and $ 30 million 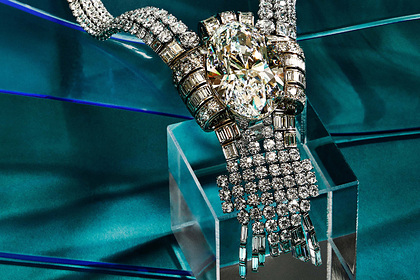 at the World Expo 2020 in Dubai. WWD reports this.

This is a World's Fair necklace with 578 diamonds with a total weight of 180 carats. In addition, the product is adorned with a stone called “Imperial” weighing 80 carats. It is noted that the cost of the accessory is estimated from 20 to 30 million dollars (from 1.4 to 2.2 billion rubles). At the same time, the representatives of the brand did not disclose the real price of the necklace, which is available for purchase.

Tiffany & Co began creating the jewelry in January, when it acquired the central oval-cut diamond, which was mined in Botswana. The stone became the largest brand ever bought for sale. It is known that it was cut and polished in Israel, after which it was sent to the Tiffany workshop in New York.

According to the publication, at the moment the necklace is the most expensive piece in the history of the company after the famous yellow diamond Tiffany Diamond weighing 128.54 carats. It is noted that the “Imperial” diamond can be removed from the necklace and set on the ring. The World's Fair buyer will receive his lifetime service.

In September, Emma Radukanu became the Ambassador of the Tiffany & Co jewelry house and alerted the fans. The champion signed a contract with the brand for two million pounds (196 million rubles). She then attended London Fashion Week, complementing her Erdem outfit with jeweled Tiffany jewelry – earrings, bracelet and ring.