The Drive: helicopters of the former Afghan Air Force were transported to the USA by An-124-100 Ruslan aircraft 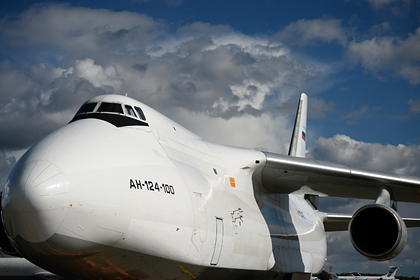 An-124-100 aircraft A Soviet-designed Ruslan was used to transport helicopters to the United States. A Maximus Air Cargo plane transported Mi-17 helicopters of the former Afghan Air Force (AFF) to the Davis-Montan Air Force Base in Arizona. This is reported by The Drive.

Three helicopters were delivered to the United States to prevent the Taliban from using the vehicles (a terrorist organization banned in Russia) . Russian-made aircraft will be mothballed. The publication suggested that “Ruslan” transported helicopters that Afghan pilots left in Uzbekistan. In August, 24 Mi-17, UH-60 and 22 light aircraft arrived at Termez airbase.

Maximus Air Cargo, which is based at Abu Dhabi airport, uses one An-124-100 and two IL-76TD. The carrier operates the Ruslan, which was completed in Kiev in 2003.

Previously, the An-124 Ruslan aircraft was used to deliver a prototype of the Russian Checkmate single-engine fighter jet to the UAE. The promising fighter was shown at the Dubai Airshow.

In September, Defense Express suggested that the Ukrainian aviation industry depends on the resource of the An-124-100 Ruslan aircraft. The last aircraft of this type will go out of airworthiness in the 2040s.