RIA Novosti: Chukotka has become the leader in the share of highly paid specialists in the Russian Federation 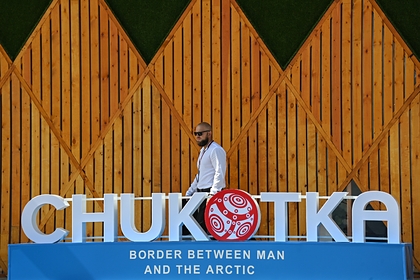 Every tenth employee in 13 Russian regions receives more than 100 thousand rubles , the northern territories became the leaders in the share of highly paid specialists. RIA Novosti writes about this.

Over the past year, the share of highly paid workers has grown by 0.9 percentage points. The experts named Chukotka the leader in terms of wages, where over 46 percent of employees receive 100 thousand rubles or more. On the second line is the Yamalo-Nenets Okrug with an indicator of 40.5 percent.

Then comes the Magadan Region (32.1 percent), the Nenets Autonomous Okrug and Moscow (where 30 percent of employees can be called highly paid). In four regions (Sakhalin Oblast, Kamchatka, Khanty-Mansiysk Autonomous Okrug and Yakutia), the share of employees with a salary of more than 100 thousand rubles exceeds 20 percent. The leadership of regions with harsh climatic conditions is explained by a well-developed profitable mining industry.

However, in 11 regions, less than 1.5 percent of workers receive more than 100 thousand rubles a month. The outsiders were Kalmykia and Mordovia (1.2 percent each), Dagestan, Ingushetia, Ivanovo Oblast and Chechnya (1.3 percent each). In 10 regions, the share of people receiving less than 15 thousand rubles a month exceeds 20 percent. The leaders in terms of the share of low-paid workers were Dagestan and Chechnya (27.5 percent), as well as North Ossetia (27.4 percent).

Real incomes of Russians at the end of the current year will increase by about 2.6 percent amid economic recovery, a shortage of personnel and one-time social payments, as predicted earlier analytics.