Moscow traffic police: the peak of accidents in the city falls on the interval from 6 to 9 pm 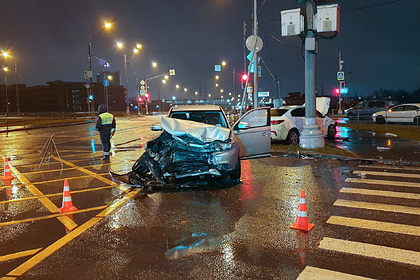 More than half of dead and injured occurs in Moscow from 12 noon to 9 pm, according to the Moscow State Traffic Safety Inspectorate in its Telegram channel.

The peak of accidents falls on the time interval from 6 to 9 pm. Negative factors in the traffic police called the high intensity of vehicle traffic and poor visibility of pedestrians in winter. The smallest number of accidents was recorded from three to six in the morning.

In the first 10 months of 2021, more than 6.9 thousand road accidents occurred in Moscow, as a result of which 283 people died, 7.9 thousand were injured of varying severity … The most frequent accidents are pedestrian collisions. They are recorded 26 percent more than car collisions. More than half of the raids were committed in the area of ​​the pedestrian crossing.

Earlier in the capital, there was a fatal accident with the participation of autoblogger Said Gubdensky. On November 20, on Kutuzovsky Prospect, 28-year-old Gubdensky drove a BMW M4 Competition into the oncoming lane and collided with Volvo and Mercedes. The accident killed a blogger and his passenger, President of the Federation of Automobile and Motorcycle Sports of Dagestan Zaur Ibragimov.