Ministry of Transport of Tatarstan: to renew the validity of transport cards, you must be vaccinated 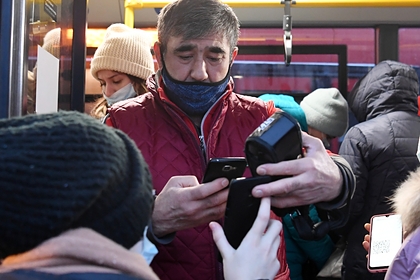 To renew the validity of transport cards, residents of Tatarstan should either be vaccinated or get a medical withdrawal , representatives of the Ministry of Transport of the republic told Izvestia, assessing the situation with the disembarkation of passengers after the introduction of QR codes from Monday, November 22.

… “Information is automatically supplied to the system, so citizens do not need to visit the points of replenishment of transport cards and offices of JSC Transportnaya Karta and JSC Sotsialnaya Karta,” the representatives of the Ministry of Transport emphasized.

Those residents of Tatarstan who replenished their cards for December, but do not have a QR code, the discount card will be extended after the restrictions are lifted without additional replenishment, that is, the money will remain for them, the department assured.

On Monday morning, November 22, from public transport in Kazan dropped off more than 500 people due to the lack of QR codes. The presentation of digital passes also made it difficult to board the metro, due to the Russian who refused to show the document, tram routes were delayed. Against the background of restrictive measures in the city, taxi prices have increased.