Model Florence St. George said she broke up with Prince Harry because of the paparazzi 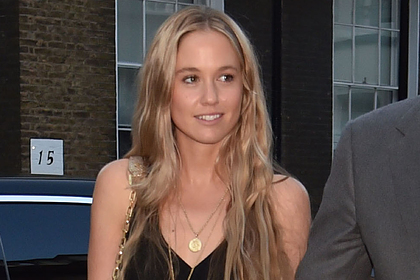 Model Florence St. George, who had a short romance with Prince Harry in 2011, revealed the details of the relationship with the heir to the British throne and named the reasons for their breakup. This is reported by The Independent.

The former beloved of the Duke of Sussex admitted that she was glad when they parted, because she could hardly withstand the press attention. “New articles appeared almost every day, my school friends were literally interrogated, and paparazzi were on duty around the clock at my door,” said 35-year-old St. George.

She did not name specific reasons for breaking up with Prince Harry. however, she said that she “takes off her hat to those who can withstand such a lifestyle” and added that from the very beginning she realized that this was not for her. “Although I was sad then, now I'm glad the relationship was short-lived,” said St. George.

In 2013, Florence St. George married the vice president of a large transportation corporation. The couple had two children.

Earlier, Prince Harry's wife Meghan Markle won a lawsuit against the British tabloid The Mail on Sunday, which illegally released her personal letter to her father. The litigation lasted two years.

At the end of April 2020, Meghan Markle told her friends that the real reason for giving up royal privileges and moving to the United States was that she could not stand the harassment from the British tabloid press.