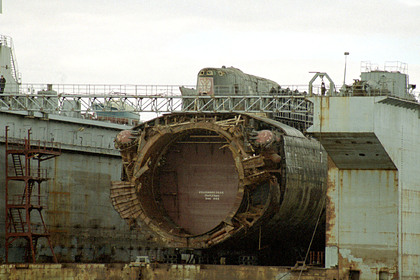 Former Chairman of the Special Purpose Underwater Works , vice-admiral of the reserve of the Russian Navy, doctor of technical sciences and professor Tengiz Borisov told “Lente.ru” that the human factor led to the death of the nuclear submarine (nuclear submarine) “Kursk”. Earlier, the ex-commander of the Northern Fleet, Admiral Vyacheslav Popov, told RIA Novosti that the disaster was due to a collision with a NATO submarine.

According to Borisov, the first pop happened due to an oversight of the personnel, when hydrogen accumulated in the nose compartment – this was caused by non-observance of safety measures and rules for operating the battery. “The first cotton was light, it did not damage the submarine, but in the first compartment everyone died and a fire started. The boat continued to sail at periscope depth, practically nothing changed for the rest of the crew, but they felt a pop, and, apparently, tried, for a long time, to figure out what was happening. ”

The second explosion, already catastrophic, turned the submarine to the reactor compartment, exploded spare torpedoes from the racks, the admiral noted. “The second explosion took place 2 minutes 15 seconds after the first – this is a colossal time for submariners. If they had turned on the ammunition irrigation system, the volumetric fire extinguishing system, the Kursk would have gotten off with the death of those people who were in the first compartment. Unfortunately, while they were trying to figure out what was happening, the fire extinguishing automatics were apparently turned off, “he said.

” It's hard to realize, it's a pity for both the people and the ship, but it's human factor “, – summed up Borisov.