Russian Permanent Representative to the UN Vasily Nebenzya: there is no tension on the border with Ukraine 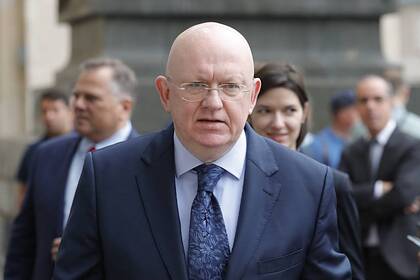 Russian Permanent Representative to the UN Vasily Nebenzya rejected reports of tension on the border with Ukraine. His words are reported by TASS.

“There is no tension at the border. We are moving on our territory, ”Nebenzya said. According to the permanent representative, Russia’s tension is attributed to countries that believe that Russian troops should be located “where they see fit.” … According to the minister, recently Russia has increasingly accused Ukraine of wanting to resolve the conflict by force. However, Kiev relies primarily on diplomatic methods.

At the same time, Russian President Vladimir Putin, in a telephone conversation with Italian Prime Minister Mario Draghi, said that Ukraine is committing provocations in the Donbass. He accused Kiev of stubborn refusal to comply with the Minsk agreements and the agreements of the Normandy Four.