TASS: mortgage rates for basic programs have increased in Russia 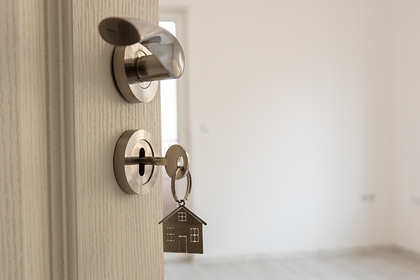 Large Russian banks have increased mortgage rates for basic programs by an average of 0.4 -1 percentage point. This is reported by TASS with reference to the data of banks and the marketing agency Marcs.

According to the United Credit Bureau (OKB), the total cost of the mortgage (interest rate plus other mandatory payments) from the beginning of 2021 to September increased by 0.6 percentage points on average, to 9.2 percent. At the same time, rates on preferential mortgages with state support remained at the same level, and some banks even decreased. According to DOM.RF, under the Family Mortgage program, rates dropped by 0.14 percentage points, to 4.83 percent, and on Preferential Mortgage, by 0.02 percent, to 5.97 percent.

< p> VTB noted that the growth of rates on basic programs is associated with a sharp change in the key rate, as well as with the possibility of its further increase. The central bank raised its key rate to 7.5 percent per annum on October 22. Also, the regulator does not exclude that it will increase it again. The head of the Central Bank Elvira Nabiullina stressed that the rate hike does not contradict the availability of mortgages in Russia. She noted that mortgage rates rose much less than the key rate.

Tightening monetary policy and raising rates by banks affected the interest of Russians in real estate. The demand for new buildings in the third quarter of 2021 fell by 10 percent. Nevertheless, experts consider the decline in demand to be insignificant and note that interest in the primary real estate market helps maintain preferential programs of the developers themselves.