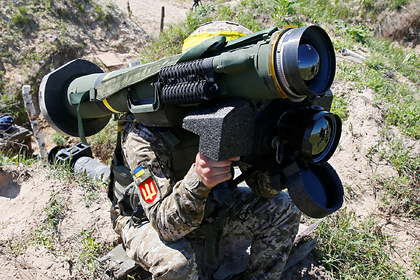 Javelin missile systems are very expensive, not every state can afford to purchase them , their use suggests that the United States is providing direct military assistance to Ukraine, military historian Boris Yulin is sure. In a conversation with Lenta.ru, he added that this also indicates that Ukraine is ignoring even a formal truce with Donbass.

Ukraine for the first time used American Javelin missile systems in Donbass, the head of the Main of the Intelligence Directorate (GUR) of the Ministry of Defense of Ukraine Kirill Budanov.

Yulin explained that Javelin is a new generation anti-tank man-portable missile system that allows increasing the survival rate of crews.

“It works according to the principle“ fired – forgot. ” If earlier it was required to direct the marker at the target, to carry out careful calculations, then here it is enough to launch the rocket, indicating the target, and you can leave the position – the rocket will fly where you need it. This, of course, increases the survivability of the calculations, as well as the likelihood of hitting the target, “the military expert emphasized.

He added that Javelin are very expensive systems, and few people can afford them. The fact that they ended up with the Ukrainian side directly indicates US military assistance, the expert added.

“Their use is also an important signal. He says that open hostilities are being conducted in the Donbass, that is, there can be no talk of a truce, “Yulin concluded.

Earlier Budanov said that Russia plans to invade the country at the end of January or early February.