During the shelling of a settlement by militants, four Syrian servicemen were killed 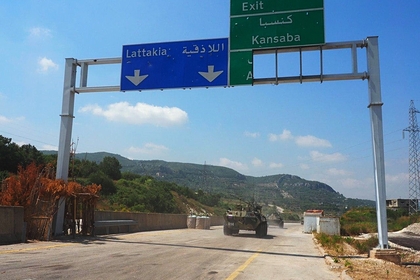 In Syria, four soldiers were killed and one was wounded by shelling. This was stated by Rear Admiral Vadim Kulit, Deputy Head of the Russian Center for the Reconciliation of Warring Parties (CPVS) in Syria, RIA Novosti reports.

group, banned in Russia) , produced from the Kansafra areas on the positions of government forces in the area of ​​the village of Kafer Nebel, one Syrian soldier was killed, “Kulit said at a briefing. He added that shelling also took place in the areas of Kafer Nuran and Kafer Khani – two soldiers were killed there. In the province of Hama, another Syrian was killed from wounds from a large-caliber machine gun, and one was injured in an artillery strike in the province of Aleppo.

According to a representative of the department, over the past day, 11 attacks from terrorists were recorded in the escalation zone.

Earlier it became known that two Syrian soldiers were injured as a result of a mortar attack in Idlib province.

On November 9, Qulit reported that two Syrian soldiers were wounded as a result of Israeli airstrikes in the Syrian province of Homs.