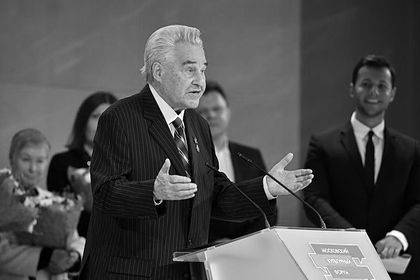 Former editor-in-chief of the Moskovsky Komsomolets newspaper Igor Bugaev died at the age of 88. This was reported on the website of the newspaper.

According to the preliminary version, the cause of the death of the journalist was a heart attack. Other details are not disclosed.

“Igor Borisovich, who did not strive to become widely known during his lifetime, left behind a lot that will remind him of him for a long time not only to friends and colleagues, but also to everyone who is not indifferent to the present and the future of Russian culture, art and journalism, “the publication noted.

Bugaev worked at Moskovsky Komsomolets from 1958 to 1968. After that, he became assistant to the first secretary of the Moscow City Committee of the CPSU, Viktor Grishin. In the city committee, he was also the head of the culture department, head of the organizational department, and, in addition, headed the regional party committee in Krasnaya Presnya.

From 1987 to 2001, Bugaev headed the Moscow culture committee. Moskovsky Komsomolets noted that many of today's masters remember the support the journalist provided them.

On November 19, it became known about the death of a Soviet journalist, secretary of the Union of Journalists of Russia Anatoly Bogomolov. This was announced by the former deputy chairman of the Novosti Press Agency Vladimir Milyutenko.