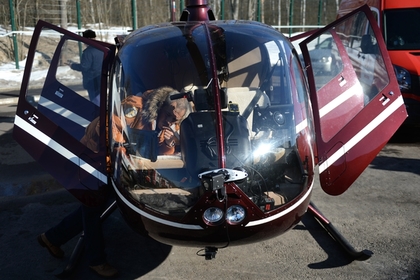 Published a list of those who were on Board the Robinson R66 helicopter crashed in the Altai. Sunday, February 12, it was posted on the website of the interregional public organization of pilots and citizens-owners of the aircraft (AOPA-Russia).

According to her, at the moment of accident in the aircraft were the pilot Dmitry Rakitskaya, Elena Rakitskaya, Anatoly Bannykh, Maria Kozintsev and Gleb Voevodin. It is emphasized that the minor passengers were on Board.

The report said that the aircraft was not made a tour and returned to home. “Flight of the Robinson R66 helicopter, which crashed in the Altai, was not sightseeing. In addition, permits or any “sanctions” for such activities is not required, the flight in this area is of a notifying character. According to our data, place of takeoff and the route of flight did not pass over the territory of the Altai reserve”, — says the publication.

Also, the text notes that reliable information about the fate of the crew and passengers yet.

Previously to the crash of the helicopter was sent dozens of rescuers, they will arrive in the disaster area the morning of 13 February. In search of work will involve four helicopters, underwater vehicle Falcon and the hovercraft.

Witnesses 12 February at 20:20 local time (16.20 GMT) reported the fall of a Robinson R66 helicopter in Turochaksky district of the Altai Republic near the Cape of Cocchi on lake Teletskoye. According to preliminary data, on Board were five people, including former Vice-Governor of the region Anatoly Bannykh and two children. It was also reported that the helicopter was carrying a sick employee Altai reserve. Official confirmation of this information.