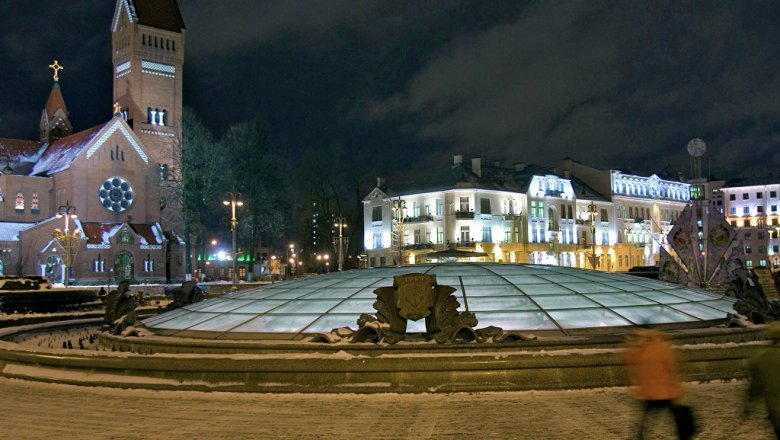 As announced on 9 January a press-service of the Belarusian President, Alexander Lukashenko signed a decree that sets visa-free entry via Minsk national airport for a period not exceeding five days for the citizens of 80 countries. The decree, effective February 12, extends to 39 countries of Europe, including the entire European Union, as well as Brazil, Indonesia, USA, Japan and other States.

“First and foremost, it is favorable in the migration plan of the country, strategic partners of Belarus and the state to unilaterally establish visa-free regime for Belarusian citizens. The new rules also cover such a category as non-citizens of Latvia and persons without citizenship in Estonia”, — said the press service of the head of state.

The document is aimed at enhancing the travel of businessmen, tourists, private persons with ordinary passport but does not apply to foreigners performing official travel. Diplomatic, official, special and other equivalent passport note will not be accepted.

To enter without a visa, you must have a valid passport or substituting document for exit abroad, cash (for every day of the stay amount in foreign currency or Belarusian rubles, the equivalent of not less than two basic units, or about 23 dollars), health insurance policy in the amount of not less than 10 thousand Euro, operating in Belarus.

For citizens of Vietnam, Haiti, the Gambia, Honduras, India, China, Lebanon, Namibia, Samoa mandatory additional requirement is the availability of the document for travel abroad valid multiple entry visas to EU member States or the Schengen area with the entrance stamp on their territory, as well as tickets with confirmation of departure in them from the National airport Minsk within five days from the date of entry.

The order in which visa-free travel does not apply to persons arriving to Belarus flights from Russia, as well as intending to effect a departure in airports of Russia (these flights are internal, border control on not available).

Hope for the growth of tourist traffic

As reported in the Ministry of sports and tourism, Belarus expects to increase inbound tourism in the country after the commencement of this decree.

In January, the Deputy Director of the tourism Department of the Belarusian Ministry of sport and tourism Vitaly Gritsevich gave an example that previously, there was a significant increase in the number of tourists from countries with which bilateral was facilitated visa regime. Expect a similar effect this time. According to experts of the Ministry, the country hopes for a 20 percent increase in tourist flow.

However, not all adhere to such optimistic assessments. Director of the Republican Union of tourist organizations Valentin Tsekhmeister said to RIA Novosti, which is unlikely to occur simultaneously a sharp increase in the number of tourists. “I don’t think it would happen so quickly and so soon. But this will create the preconditions”, — said Zechmeister.

He added that this decision will increase the interest towards the Republic and its attractions from sports fans arriving for their team or coming to sporting events and also foreigners arriving through the airport in Belarus to participate in business forums and attending cultural events. However, according to experts, the issue of attracting foreign tourists to the country should be addressed in an integrated manner: for increasing the flow of inbound tourists is necessary not only for visa liberalization, but also increasing the quality of tourism infrastructure, tourist industry, hotel industry, creation of competitive services, the removal of the problem of visa availability and, above all, bureaucratic obstacles when visiting a foreign country. “Now it is important to (pay attention — ed.), bureaucratic obstacles and reducing the cost of visas,” — said Zechmeister.

In the beginning of February the Minister of foreign Affairs of Belarus Vladimir Makey said that a five-day visa-free stay of foreigners in Belarus may be increased, time will tell if such a need.

Optimistic expectations of the effect of visa-free entry has decreased and due to the ambiguous perception of this decision in Russia, whose interests are affected by the decree: in the framework of the Union state the two countries have the visa-free regime, and foreigners arriving without visas to Belarus, can illegally enter the territory of the Russian Federation.

However, Minsk was quick to reassure ally that this decision will not affect Russia’s security and that its interests are also taken into account. Immediately after the signing of the decree of the head of the main consular Department of the foreign Ministry of Belarus Igor Fisenko said that Belarus is in advance informed the Russian Federation on the introduction of a five-day visa-free entry into its territory to citizens of 80 countries taking into account interests of the Russian partners.

For its part, the Ambassador of Belarus in Moscow Igor Petrishenko stressed that the foreigners who come to Belarus on visa-free scheme will not be allowed on flights to Russia without a Russian visa. The Belarusian diplomat stressed that a similar eight-day visa-free regime operates in Vladivostok.

“We explained it and the FSB, and the Ministry of foreign Affairs, no one questions us on the publication of this decree. Domestic flights from Minsk to Moscow these foreigners who come by this decree, will not be tolerated. All risk is removed,” — said the Ambassador.

Thus a press-the Secretary of the foreign Ministry of Belarus Dmitry Mironchik said that Moscow never gave Minsk a list of claims in connection with the introduction of five-day visa-free entry to Belarus for 80 countries.

“The document was developed a year and a half and was thoroughly verified with all government bodies, primarily from the point of view of occurrence of any risks for Belarus, our allies and neighbors,” — said in turn the President of Belarus.

The control will not change

“The abolition of visas does not mean the abolition of border controls. As it was, and is. You must verify who you are, exactly as in Russia — passport scanned, the computer said. Normal people come in five days live in Belarus. No — the computer will immediately indicate What kind of threat to national security of Russia? Passport view, in the computer button click, we have five hundred million is on account of banned in Belarus and Russia. Single Union list,” — said Lukashenko.

In turn, the state Secretary of the security Council Stanislav Zas also said that visa-free regime does not affect the security of our state, and our neighbors, because almost nothing in terms of control arrival is not changed. He noted that, as before, any citizen will have to pass the passport control. “This eliminated persons whose stay in our country is undesirable for one reason or another,” added Zas.

The interior Ministry announced that Belarus and Russia are preparing an action plan, including the integration of information resources, the joint control of stay of foreigners and persons without citizenship. The border Committee also noted that there is a mechanism for monitoring undesirable to entry into Union state.

“Security system, built in the framework of the Union state, operates very efficiently. Data exchange is at the level of all services, not just the border. If any problematic face appear on the border, they are filtered. Security measures that have been taken on the territory of Belarus, on the border of Russia and Belarus, they are adequate to the situation around,” — said the Belarusian expert in the field of security Alexander Tishchenko.

On the official portal of legal information of the Russian Federation was published three orders of the FSB of Russia, from which it follows, on the border with Belarus created a border zone in the Pskov, Smolensk and Bryansk regions. As noted in the documents, the decision was made in order to create the necessary conditions for the protection of the Russian border. Documents earned 7 Feb.

Russian experts link these decisions with the introduction of Minsk, a five-day visa-free regime for residents of the 80 countries, describing them as an adequate response to the need to strengthen control over illegal entry into the Russian Federation.

However, Minsk is not inclined to see in these events the relationship. In Belarus drew the attention that the orders of the FSB, was signed in December, and therefore prior to the adoption of the decree of the Belarusian President.

The foreign Ministry of Belarus hopes that the border agencies of Belarus and Russia will be able to promptly resolve the situation with the introduction of Moscow’s agranson at the joint border and to minimize possible negative consequences for the citizens of the two countries.

“I hope that the competent authorities of both countries will be able to promptly understand the situation, to agree on its robust legal regulation of the interests of citizens of Belarus and Russia. We hope that as a result of close dialogue competent bodies will find ways to explain to citizens of the two countries, the consequences of decisions, to minimize and even to avoid negative consequences for the citizens of both countries”, — said the press Secretary of the foreign Ministry of Belarus Mironchik.

According to him, Belarus “continues to work with the Russian side” and relies on a tight cooperation between border guards with regard to obtaining the “detailed and exhaustive explanation”. The press Secretary stressed that conflicts and complaints of Belarusian citizens due to the establishment of the border zone have not yet been.