Reuters said on the criticism, trump the start-3 in a conversation with Putin

The President of the United States Donald trump during his first telephone conversation with his Russian counterpart Vladimir Putin criticized the Treaty on the reduction of strategic offensive arms (start-3), calling it a bad deal for the United States. 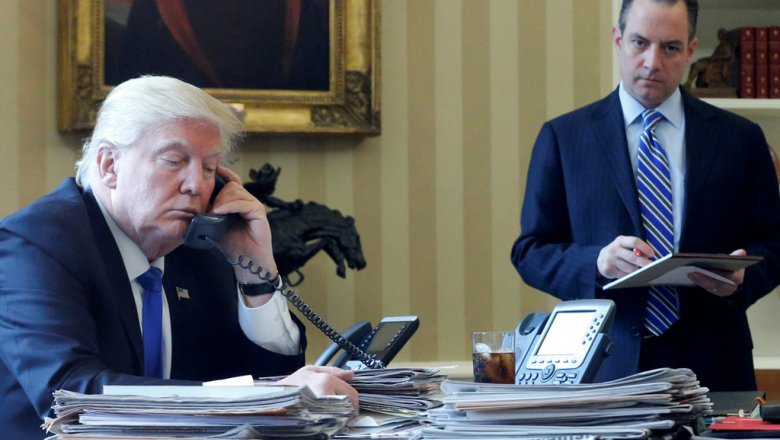 About it reports on Thursday, 9 February, Reuters, citing sources in Washington.

According to interlocutors of Agency, when Putin raised the question about the possibility of extending start-3, signed in 2010, trump interrupted the conversation to inquire of the advisers, of which the contract in question.

After that, the US President called the agreement one of the worst, prisoners under his predecessor Barack Obama, expressing the view that benefits from it benefited Russia.

The White house declined to comment this information, referring to the official press release about trump’s conversation with Putin in which the discussion of the start-3 was not mentioned. The Kremlin has not yet responded to the message of Reuters.

A telephone conversation between US President Donald trump with the Russian leader Vladimir Putin took place on January 28. Official Kremlin spokesman Dmitry Peskov described the conversation as positive and constructive in terms of the application.

As noted in the White house, “a positive conversation” trump Putin was “an important beginning of the development of relations between Russia and the United States who are in need of restoration.”

In the middle of trump’s proposed to conclude with Moscow a new nuclear agreement as part of talks to ease anti-Russian sanctions. “Let’s see if we can make some good deals with Russia. I think I’ll start with the fact that nuclear weapons should be significantly reduced”, — he told in interview to newspaper the Times and Bild.

The start-3 Treaty provides for the reduction of nuclear warheads up to 1550 units, Intercontinental ballistic missiles, ballistic missile submarines and heavy bombers to 700 units. The expire in 2020.