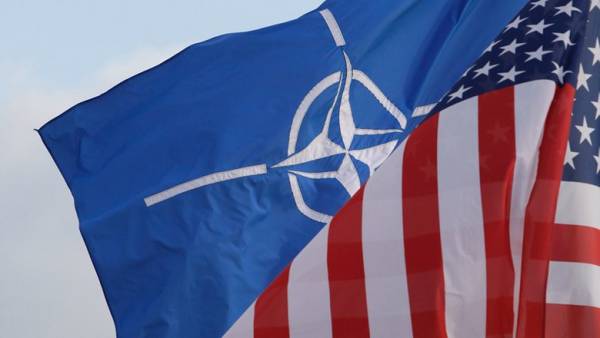 According to the interlocutors of the publication, we are talking about the idea of ​​"mutual reduction in the scale of military exercises", about which some allies learned only from  the media (for example, on 7 January, before  the talks between the US and Russia, NBC reported that  Washington was ready to military exercises conducted by both sides). The      does does specify which states are in question, but   the material says that they are “especially close to Russia”.

In addition, the WSJ writes, US allies would like to achieve greater clarity about Washington's proposals for the Intermediate-Range Nuclear Forces Treaty (INF Treaty), from which the country officially withdrew in August 2019.

According to the newspaper, some allies are concerned that since NATO rejects major Russian demands (in particular, not to expand the alliance to the east), Washington may make minor concessions in an attempt to “placate” Moscow.

The                 d d made official proposals to Russia, but only put forward ideas     according to NATO Secretary-General Jens Stoltenberg, quoted by the WSJ, when it comes to specific proposals , and all the more agreements, “this will be discussed in detail with allies.”

Washington also states that works closely with allies and consults often with them. Earlier this week, U.S. Ambassador to NATO Julianne Smith assured that        no concessions were out of the question.         said it was normal to it includes 30 countries, but all NATO members are united in their readiness to continue the dialogue.

Nbsp;negotiations between the United States and Russia on security guarantees were held on January 10 in Geneva, the Russian side called them difficult, "very professional, deep, specific" ;. Deputy U.S. Secretary of State Wendy Sherman considers the last conversation not  negotiations, but discussions, as they were not preceded by a meeting of experts who could work out the details.

Two days later, in Brussels, representatives of Russia met with  by the NATO delegation. All parties rated the meetings as businesslike and useful, but each of them stated that opponents' demands were unacceptable. Russian Foreign Minister Sergei Lavrov said that the  alliance demonstrated “complete non-negotiability”.