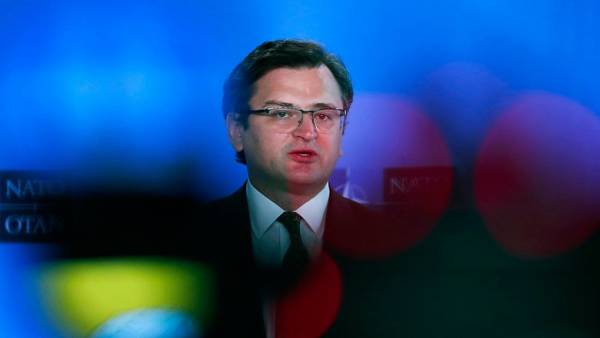 “We doubled our efforts to mobilize international support for Ukraine. Among other things, we work closely with our allies and partners to implement a comprehensive containment package   — Kuleba said in an interview with the German publication Bild.

According to the minister, the package consists of three levels: active de-escalation diplomacy, the development of a complex of “painful economic sanctions”, as well as deepening defense cooperation with Ukraine.

Negotiations with Russia that took place this week were “the culmination of our common deterrence diplomacy,” Kuleba said. “The decisiveness of the West was obvious”,  — the diplomat added.

At the beginning of the week, a series of consultations took place between Russia, the United States and NATO on security guarantees — On January 9 10 the issue was discussed in Geneva at meetings with USA, on January  — during the meeting of the Russia-NATO Council, January 13  — on the OSCE platform.

Russia has repeatedly rejected the accusations of the West and Ukraine of  escalation, stating that it threats nobody       is not going to attack      within its own territory and at its own discretion, this threat           no one should worry          should   nobody should be concerned.