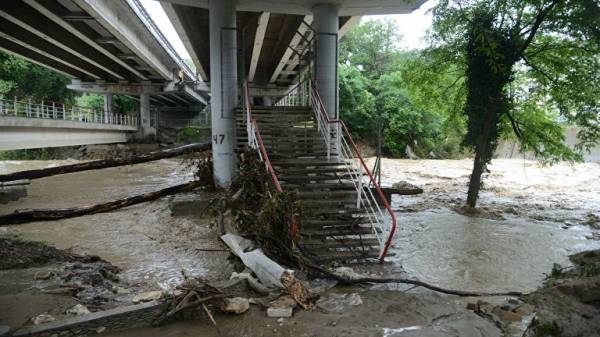 According to the scientist, global warming is not only due to human activity: the main cause is natural processes. People can speed up or slow down some changes.

Ryabov explained that over the past 40 years, the warming on the planet has turned out to be stronger than ever: the average temperature has increased by two degrees.

“And the consequence of rapid climate change will be natural disasters. The more global the changes, the more dangerous the disasters,” he warned.

The scientist recalled that in There was a warning in the Paris Climate Agreement: if the planet warms by more than one and a half degrees over the next 30 years, a catastrophe will begin.

And the increased frequency of natural disasters, in particular hurricanes and heavy rains, will only be an introduction, Ryabov added.

“The beginning of colossal disasters may be the melting of ice in the oceans, and later – on the tops of mountains. In this case, 30% of the land will be flooded,” he continued.

The climatologist stressed that densely populated areas will be under water.

Scientists regularly issue warnings about the dangers of global warming. To curb the process, in 2015 more than 190 countries signed the Paris Climate Agreement, which aims to reduce emissions, technological re-equipment and adapt to the changes taking place. It is also planned to increase the share of renewable energy sources.

Measures to reduce carbon dioxide emissions and protect the environment are being developed and implemented in Russia. So, in November, President Vladimir Putin instructed the government to ensure by 2030 a reduction in greenhouse gas emissions to 70 percent relative to the 1990 level and to create a strategy for the development of a country with low greenhouse gas emissions until 2050.