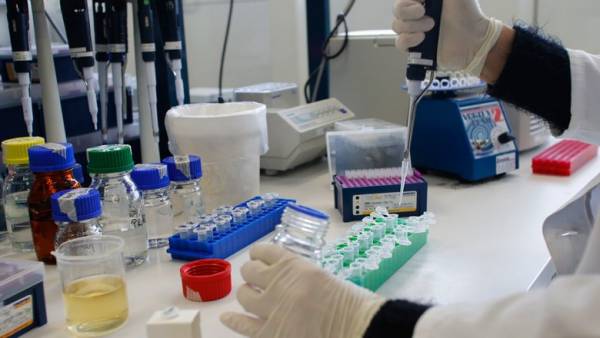 “The disease is now proceeding in a fairly mild form, and mortality has significantly decreased. While earlier, about 2% of those who fell ill died, now it is about 0.1%,” he said.

The scientist noted that the virus has changed: to date, young people are becoming more ill with it, whose course of the disease is much easier.

“Previously, the old versions of children were practically not touched. Young people endured it without noticing on their feet. Now young and middle-aged people get sick much more compared to the elderly,” Chumakov said.

According to him, omicron mainly affects the upper respiratory tract, and also does not progress into pneumonia, as was the case with the original variants of COVID-19.

Among the main manifestations of the omicron strain, Chumakov singled out: headache, runny nose, lack of loss of smell, cough and irritation in the nose.

“It lasts from one day to three to five. But there are some people who go to the hospital with omicron and, unfortunately, some die,” the scientist summed up.

He also stated that the fact that omicron has a greater contagiousness compared to other strains is “good news”, since the pathogenicity of this virus and its lethality have decreased.

“Since it spreads so well, even among vaccinated and ill, the total number of cases is huge. That is, five to six times more than it was at the peak of the largest previous wave. And as a result, the filling of hospitals is about the same,” Chumakov said.

In addition, the virologist pointed to the example of South Africa, in which the omicron strain was found. He noted that at first there was a sharp rise in the incidence, and then it quickly went down. The scientist explained this by the fact that many people there got sick naturally, and today a similar picture can be observed in Europe and the USA.

Chumakov separately noted that everyone will have to get over the new strain. “We all have to get over it. Do we know or don’t we know. Many will get sick without even suspecting it. <...> I think that in a couple of months a significant part of the population will become infected with this strain,” he explained.

At the same time, he stated that COVID-19 is much more common for unvaccinated people to get sick, and subsequently die. The scientist also pointed out that there is no pandemic that would last more than two or three years.

A variant of coronavirus B.1.1.529 (“omicron”) was detected in South Africa in November 2021. Against the background of the spread of the new strain, many countries of the world have begun to set anti-records for COVID infections. In Russia, the first cases of infection with it were recorded in early December, since January 6, there has been a sharp increase in the incidence in the country.

According to Deputy Prime Minister Tatyana Golikova, the new version of the coronavirus may displace in Russia’s previous strain is “delta”. Moscow Mayor Sergei Sobyanin also said that Omicron is beginning to dominate among coronavirus cases. According to him, in the near future there will be a serious increase in morbidity in the capital.

For the last day in Russia has identified 27,179 new infected with coronavirus, another 723 people have died. For comparison: on January 6, 15,316 cases and 802 deaths per day were detected in the country.