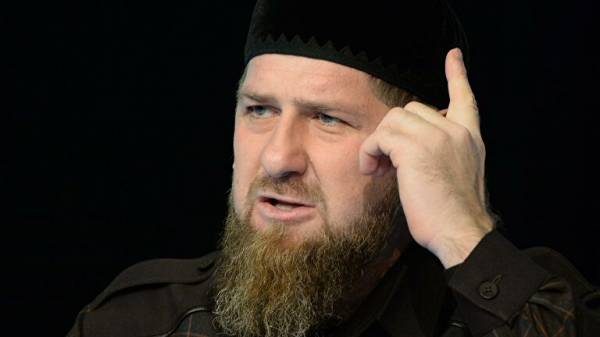 On January 12, Kadyrov addressed the Ingush people and asked to bring reasonable charges against him within three days

“Today at 17.30 three days have passed, no one declared a blood feud, no appeal to the elders of my family, to the Mufti of Chechnya and I thank the Almighty for this. This shows that we brothers. I want to the whole world, in particular, to the citizens of Russia, that we have no problems with Ingushetia, in particular, concerning me personally, Ramzan Kadyrov», —    Kadyrov said.

He stressed that he is not an enemy of Ingushetia, and the Chechens and Ingush were and remain brothers.

In September 2018, the heads of Ingushetia and Chechnya signed an agreement on the definition of the border between the regions, providing for an equal exchange territories. Because of this, protest actions began in Ingushetia.

The issue was considered by the Constitutional Court of Russia, and the recognized the agreement as consistent with the Constitution. But  some representatives of the Ingush society do not agree with such a decision. Recently, in social networks, there have been accusations against Kadyrov's address from a number of public figures. Nobody in Ingushetia made official statements.

The situation escalated after the former head of the department for religious affairs under the head of Ingushetia, Yahya Khadziev, apologized to the teip for embracing with Kadyrov on  wedding of the son of a descendant of the preacher Kunta-hadji Kishiev in early January.