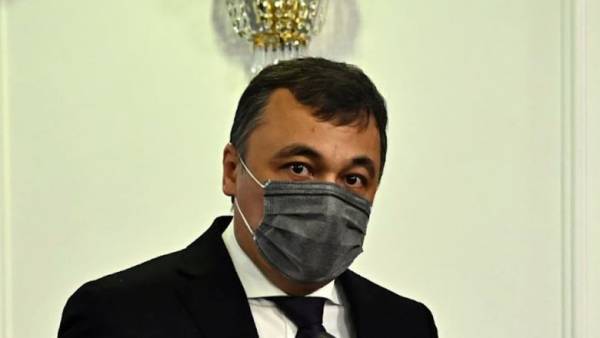 “The accusations and conclusions based on emotional and incorrect skirmishes in social media more than a decade ago are understandable, but exhausted. This virtual garbage has long already decayed  — Umarov said in an interview with Sputnik Kazakhstan.

He added that he has great respect for Russia, as well as “traditions, history, literature, common historical centuries-old ties between our peoples.”

“I myself am fluent in Russian and  connected with Russian culture. I note that we we have the longest continuous land border in the world. However, in addition to territorial proximity, our countries are primarily connected by strong friendship, mutual respect and strategic cooperation. Russia  is by right the closest partner of Kazakhstan» — the minister noted.

Earlier, the views and statements of the new minister of information about the Russians and the Great Patriotic War were criticized by the head of Rossotrudnichestvo Evgeny Primakov and the head of Roskosmos Dmitry Rogozin. Umarov himself said that they were trying to demonize his image.

Before this, the minister was banned from entering Russia after the state headed at state agency Kazinform” printed a map of Kazakhstan with Russian, Uzbek and Chinese territories added.