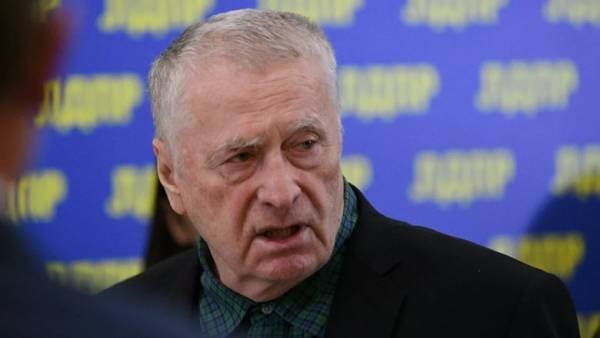 “There are no national suburbs, but & nbsp; there are African Americans, Mexicans, non-white population in & nbsp; in general, which & nbsp; their will, and & nbsp; whites are increasingly forbidden to talk about & nbsp; their rights, their culture, their history. They, in fact, are simply canceled in the & nbsp; USA & raquo;, & nbsp; & mdash; wrote the deputy.

Zhirinovsky noted that at the moment white Americans still constitute the majority of the population in the United States, then in ten years they will become a minority that will face discrimination.

After that, the politician believes, their & nbsp ; evacuation to & nbsp; Canada, & nbsp; Australia, & nbsp; other regions of the world. “ Maybe even & nbsp; we will be asked somewhere in & nbsp; Siberia to settle several million '', & nbsp; & mdash; allowed & nbsp; he.

Zhirinovsky concluded that & nbsp; in the & nbsp; prevailing conditions, the United States will “ collapse '', since the new society after the outflow of white Americans will not & nbsp; be able to maintain the & nbsp; same & nbsp; level of technology, economy and & nbsp; life.