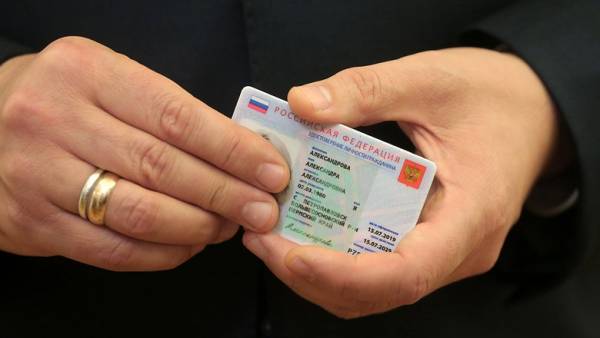 Most of the respondents — 38% – believe that it is necessary to save both electronic and paper documents. Almost the same number (37%) believe that personal documents should remain in paper format and they should not be converted to electronic form. 11% of the study participants have not yet formed their opinion on this issue and found it difficult to answer.

“Conservatives” turned out to be the most among Russians over 35 years old (40%), and supporters of a full transition to electronic documents – among citizens under 34 years old (19%).

When asked what other documents besides the passport should be digitized, respondents named the policy of compulsory medical insurance (36%), the certificate of TIN and SNILS (34% each). 27% of respondents consider it necessary to make an electronic medical card and driver’s license, and every fourth (25%) – birth certificate.

In December 2021, Deputy Prime Minister Dmitry Chernyshenko announced that the issuance of electronic passports will begin in three regions of the country. In 2023, residents of Moscow, the Moscow Region and Tatarstan will be able to receive electronic passports. It will be possible to use such documents throughout Russia.

“We will start issuing [digital passports] from the beginning of 2023, previously in pilot regions with high technological readiness to use such documents,” the deputy prime minister said, adding that by the end of next year the authorities will finish preparing for the launch of the project.

According to him, Russians will not be forced to use a digital passport instead of a traditional paper one, however, he expressed confidence that the majority of the country’s residents will choose the electronic version.

As a result of the SuperJob survey, it turned out that in In Moscow, 28% of the study participants are ready to change a paper passport to an electronic one, in the Moscow region — 24%, in Tatarstan – 29%.

The survey was conducted on January 1-10, 2022 in 350 localities in all districts of Russia, 1600 respondents over 18 years old participated in it.

The issuance of electronic passports in Russia may begin in January 2023, said the head of the Main Department for Migration Affairs of the Ministry of Internal Affairs Valentina Kazakova, writes “MIA-Media”.

The Ministry of Internal Affairs explained that citizens from the age of 14 will be able to get electronic passports, at the first stage Russians will be issued at least 100 thousand passports.