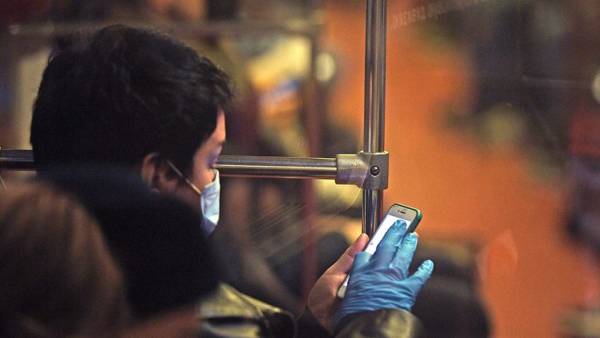 “I am absolutely sure that by the end of January or early February we will also have a significant increase in the incidence of the omicron strain,” he said on the Solovyov Live YouTube channel. He added that this strain is spreading faster, but the number of hospitalizations and deaths has been reduced.

According to him, it is not worth talking about the “lightness” of the omicron coronavirus strain at the moment, since the reduced mortality and lighter course of the disease do not detract from the unprecedented high incidence of this variant of the virus.

“Since the incidence rate will be very high, even this reduced mortality and reduced “weighting” during hospitalization may overlap with the number of cases, that is, the level and slope of morbidity on the scale of omicron is absolutely unprecedented, so at the moment there is no need to talk about the “lightness” of the omicron strain and rejoice at this,” he said.

“For example, we may have a 60-70% reduction in the mortality rate and the number of hospitalized, but at the same time there will be such a level of morbidity that he will cover it all with a margin,” Logunov explained.

Deaths among rats and hamsters in laboratory studies of the new strain of coronavirus “omicron” have not yet been recorded, said the deputy director of the Gamalei Center.

“We definitely see that the strain is less pathogenic. Moreover, in our own studies of the Gamalei Center, we have shown, and the data also correspond to the results that we see from foreign colleagues, that this strain is less lethal for laboratory animals. We have several models – these are Syrian hamsters, transgenic mice with a human receptor <...>, and on both of these models we see that animals get sick, lose weight, but at the same time there is zero mortality among animals. So far we have not achieved mortality in the experiment,” he said.

Speaking about the properties of omicron, the scientist noted several of its positive aspects.

“Based on the data that has already been published either in the media or in scientific periodicals, we see several positive aspects here. The negative aspect is that the strain is spreading very quickly, faster than all the previous strains that we have observed. The positive part is that the number of hospitalizations among the sick has been reduced and reduced almost three times, according to various figures from 2.5 to 3 times, this is [according to] in South Africa or England. Among the hospitalized, the number of severe [cases of the course of the disease] has also been reduced by about 2.9 times, this is data only for South Africa. The mortality rate for this virus among those who were hospitalized was also reduced by 4.17 times,” Logunov added.

At the same time, he noted that it is too early to compare the mortality rate from influenza and omicron.