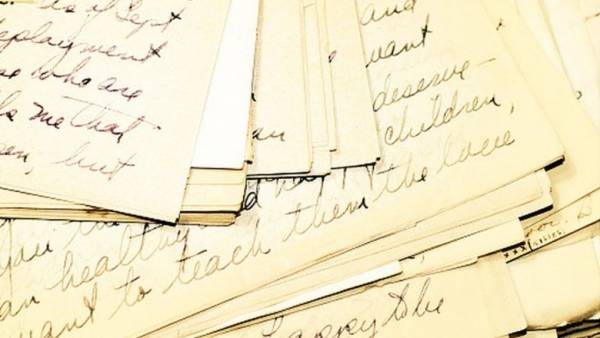 “Dear mother,” John wrote, “I received another letter from you today, I am very glad that everything is fine with you. I’m fine too, I’m coping with everything. But the food is pretty lousy for the most part.” “I love you and kiss you, your son Johnny. I hope that I will see you soon,” the soldier concluded his letter.

​In the USA, the second time capsule found under the statue of General Lee was opened

John Gonsalves died in 2015, his mother much earlier. But the US Post found the widow of Sergeant Angelina, whom John met five years after returning from the war and who still lives in Woburn is her husband’s hometown in Massachusetts.

Angelina will turn 90 in January. The letter was delivered to her shortly before Christmas. According to her, these were the best holidays since John died, because it was as if he had come back to her again.

She told local TV channel WFXT-TV how one December day a postman knocked on the door and asked if her husband had served in the army during World War II. After receiving an affirmative answer, he handed her a letter that had been lost for many decades.

“Imagine, 76 years old! I couldn’t believe it. But this is his handwriting, his style. It’s unbelievable,” she told a local TV channel.

A gift from the past

John and Angelina have lived together for 61 years, they have five children. But despite the large family and the workload at work, the widow says, John has always remained a caring son, and the letter from the front conveys this quality well.

Employees of the USPS (US Post Office) in Pittsburgh attached a note from themselves to the letter, in which they wrote that it was a great honor to deliver such a message.

“We don’t know where this letter has been for the last seventy-odd years, but about six weeks ago it got to our site. It is certainly of great value to your family’s history, and it is very important for us to deliver it,” the note says.

According to the Goncalves family, they are very grateful to the postal staff for such an amazing gift from the past.