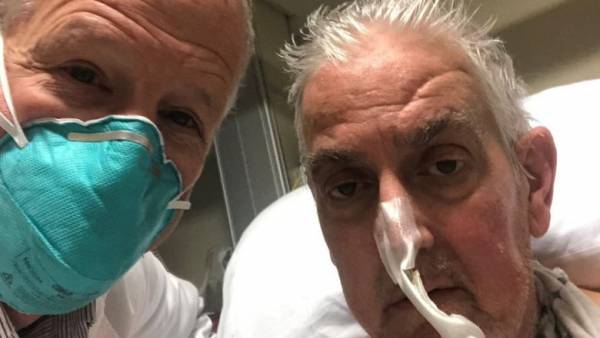 According to surgeons, the operation, which lasted seven hours, was performed on Bennett three days ago, and now his condition remains good.

“For me, the choice was between death and this transplant,” Bennett, 57, said on the eve of the operation. — I understand that my future fate is completely unknown, but for me this is the last chance.”

Specialists from the University of Maryland Medical Center received special permission from the authorities for the operation, explaining that without it the patient would die.

Whether the transplant will be crowned with success is still completely unclear.

For surgeons, the operation was the result of many years of research. They hope that their success will help save the lives of many people around the world. In its statement, the University of Maryland quotes surgeon Bartley Griffith, according to whom the operation is designed to “bring the resolution of the crisis with a shortage of donor organs closer.”

According to the website OrganDonor.gov in the USA alone, about 100 thousand people are waiting for donor organ transplants, and 17 patients a day die due to their shortage.

Scientists have long been discussing the possibility of transplantation of animal organs to humans, that is, xenotransplantation. In cardiac surgery, it is already widely used to transplant some parts of a pig’s heart to a person, in particular, heart valves.

In October 2021, surgeons in New York reported that they had successfully transplanted a pig kidney to a human: at that time it was the most complex operation of this kind in history. However, the patient to whom this kidney was transplanted had brain death, and there was no hope for his recovery.

At the same time, Bennett hopes that now he will be able to continue his normal life. Before the operation, he was confined to a hospital bed for six weeks due to a fatal heart disease. His survival was ensured only thanks to medical equipment. “I really want to get out of bed when I come to my senses,” he said last Thursday.

It is still unknown how events will develop after the operation. Agence France-Presse reports that the animal whose heart was used for transplantation was genetically modified: scientists had to get rid of a gene that could cause rejection of the transplanted organ.

As Griffith says, doctors are now “acting with all caution” and closely monitoring the patient’s condition.

Bennett’s son said in an interview with the Associated Press that their family is now “immersed in the unknown.” “He understands how great is the significance of what has been done, realizes what a great achievement it is,” he said of his father.