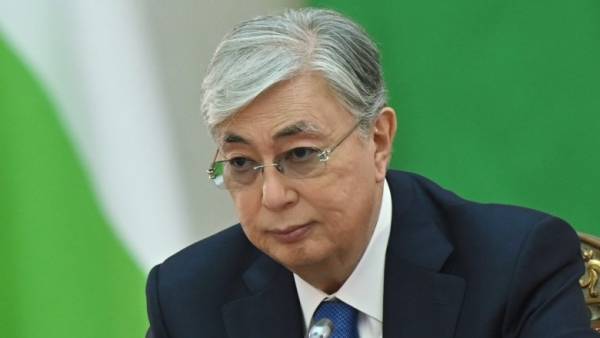 The previous evening, the head of state declared a state of emergency in the & nbsp; regional center & nbsp; & mdash; the city of Alma-Ata, and & nbsp; also the Mangistau region.

Meanwhile, protesters are gathering in the center of Almaty again. Videos posted on social media captured a group of young people. One of them holds in his hands a special forces shield, which, most likely, the protesters seized during yesterday's clashes. Some of the & nbsp; participants in the march are moving in & nbsp; special vehicles, which may also belong to the security forces.

Protests in & nbsp; Kazakhstan began in & nbsp; the first days of the new year. Residents of the cities of Zhanaozen and & nbsp; Aktau went to & nbsp; rallies, protesting against a two-fold rise in the price of liquefied petroleum gas, which the & nbsp; Ministry of Energy explained by the fact that & nbsp; from & nbsp; January 1 & nbsp; prices began to form on the basis of & nbsp; electronic & nbsp; demand & nbsp;/p>

This morning Tokayev dismissed the government, on & nbsp; ; according to him, there is a special fault for & nbsp; admitting a protest situation. He also ordered to introduce state regulation of prices for & nbsp; liquefied gas and & nbsp; gasoline for six months.