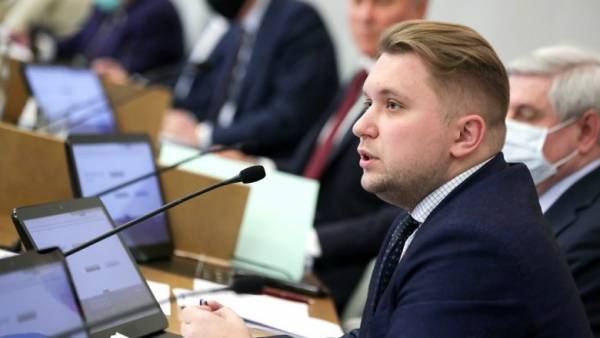 “All this (burials. – Ed.) maybe, but not on Red Square, because it is blasphemous, not in the place where the skating rink and shopping malls are deployed, where people celebrate the New Year, walk, come from the regions,” RIA Novosti quoted Chernyshov as saying.

The LDPR deputy also believes that it is necessary to remove the body of Vladimir Lenin from the Mausoleum.

This is a cemetery where people lie, and one of these people does not even lie according to all norms — even just – morality. I’m talking about Lenin.Boris Chernyshov

Behind The mausoleum contains 12 graves of figures of Soviet Russia and the USSR, including Joseph Stalin, Leonid Brezhnev, Yuri Andropov and Konstantin Chernenko. There are also 15 mass graves of revolutionaries and 115 urns with ashes.

The question of the ethics of preserving Lenin’s body in the Mausoleum has been raised since the 1990s. In 2020. The Union of Architects of Russia announced a competition for alternative uses of the building, but soon canceled it after criticism from the leader of the Communist Party Gennady Zyuganov, who called it a “dirty provocation.”

Russian President Vladimir Putin in 2019 He stated that Lenin’s body should not be taken out, because for many citizens of the country the Mausoleum is associated with its historical achievements.

In December 2021, Putin’s press secretary Dmitry Peskov said that this issue was not on the agenda.