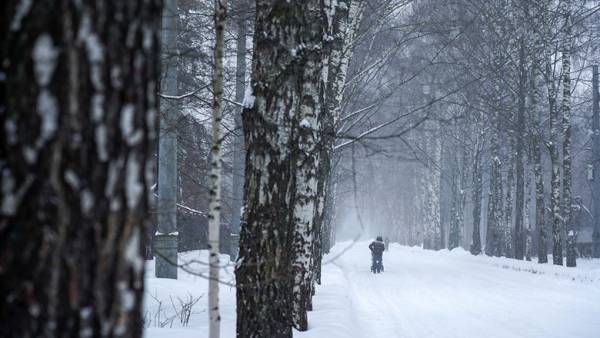 Mikhail Leus, a leading specialist at the Phobos Weather Center, explained to RBC that a cyclone will form the weather in the coming days. It will be cloudy, light snow will pass in places, and the temperature in the afternoon of December 31 will be minus 2-7 degrees.

“On New Year’s Eve, warming will continue in the region, so a frost of 3-5 degrees is expected, and snow will also pass,” the Hydrometeorological Center told RBC. Further temperature increases, snow and sleet are expected in the afternoon. The temperature will range from minus 1 to plus 1 degrees.

On Sunday, January 2, the cyclone will continue its path to the east, and the region will be in its rear part, so the temperature will drop.

“There will be a clearing in the clouds during the day, the snow will become short-lived and will pass only in places, the temperature will begin to drop: minus 4-9 degrees at night, minus 3-8 in the afternoon, sometimes ice,” the forecaster explained.

The Hydrometeorological Center noted that the cold snap will continue on January 3: “Already at night minus 14 — minus 19 is expected, and in the afternoon minus 9 – minus 14. That is, compared to January 1, the temperature will drop by more than 10 degrees with a south-easterly wind at a speed of 3.8 m/s.”

Mikhail Leus warns of a sharp cold snap on January 6, so frosts are expected for Christmas: at night it will be minus 18-23 degrees, in the afternoon — minus 10-15.

“Approximately the same weather awaits residents of the region during the Christmas holidays. It will be cloudy with clarifications, light snow in places, minus 17-22 degrees at night and 10-15 degrees of frost in the afternoon,” the representative of Phobos concluded.