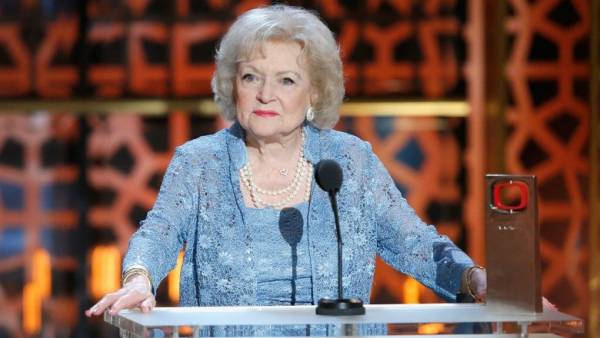 The owner of one of the longest creative careers, White began her work on radio in the early 40s of the last century, and by the end of the decade she was already working on a Hollywood TV show. In total, the actress has about 115 roles on her account, but her work in the series “Golden Girls” (The Golden Girls, 1985-1992) about three middle-aged women living together in Miami brought her the greatest fame.

During her life, the actress has received many awards, won the American Actors Guild Award three times and won the Emmy Award five times. According to the portal, White until recently led an active lifestyle and intended to start a page on the social network Facebook, she did not live to see her anniversary for only a few weeks.