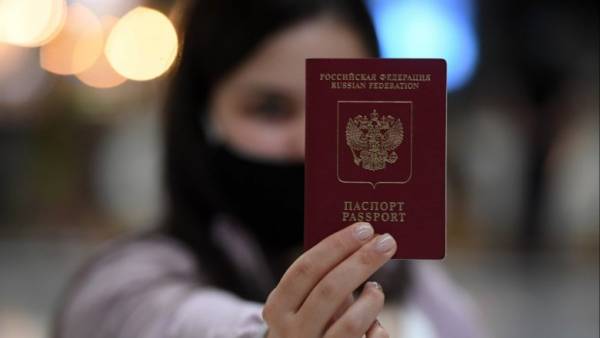 “In January – November 2021, the number of persons in respect of whom a decision was made to acquire citizenship of the Russian Federation was 667 thousand 939,” the materials say. At the same time, for the same period last year, this number amounted to 563 thousand 342.

According to the Ministry of Internal Affairs, the number of foreigners registered for migration has also increased. So, if for 11 months of 2020 there were 8 million 983 thousand 944 people, then this year – 11 million 895 thousand 887. However , in Foreigners from visa-free countries began to enter Russia less.

“In January — November 2021, visas were issued to foreign citizens and stateless persons — 183 thousand 157,” the summary says. At the same time, for the same period in 2020, this figure was more than 206 thousand.

At the end of September, the head of the Main Migration Department of the Ministry of Internal Affairs of Russia, Valentina Kazakova, stated that the request for Russian citizenship was growing. According to her, a significant part of those wishing to obtain Russian citizenship are citizens of Ukraine, Belarus, Moldova and Kazakhstan.