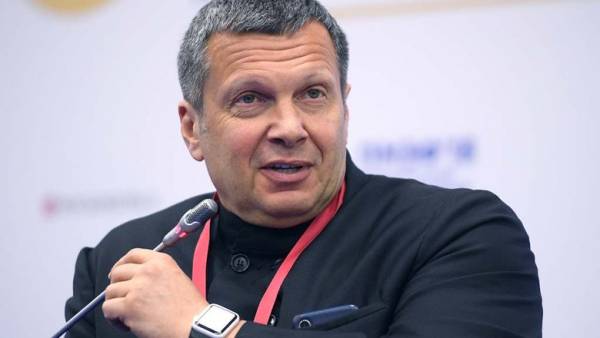 The annual press conference with Russian President Vladimir Putin was held in Moscow on December 23. Journalist Vladimir Solovyov told the Daily Storm that his media “Solovyov LIVE” wanted to get to the event, but he was denied accreditation to meet with the head of state. Some of the “journalists” who came to the meeting seemed strange to the TV presenter: Shnurov attended a press conference “out of boredom,” and Sobchak came there with a personal cameraman because she was “an important person.”

“Solovyov LIVE” submitted [an application for accreditation], but they said, “Guys, sorry, not this time.” Well, I can understand, because there were a lot of us in one form or another,” Solovyov said.

Solovyov admitted that the refusal of accreditation did not offend him, because journalists from VGTRK, of which he is also a person, managed to get to the event: “Pavel Zarubin worked there, but I work in the holding company. That is, Moscow, the Kremlin, Putin – both visited and filmed. Our channel was present, VGTRK in a very different form, there were people from Vesti FM, too.”

The TV presenter believes that some of those present at the event can only feel like journalists, but are not such in their essence: “Some people who were there, apparently, feel like journalists. We have such an interesting time now that everyone feels like everyone.”