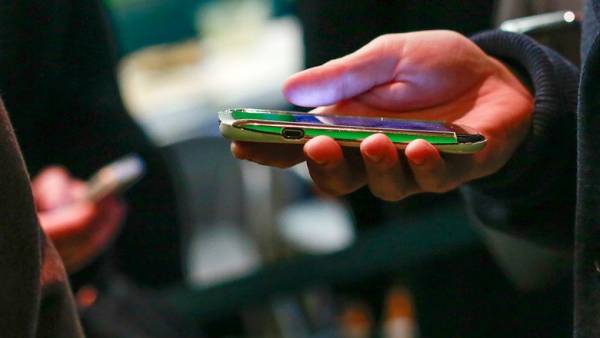 A representative of the National Association of Professional Collection Agencies (NAPCA) said that since the adoption of the basic law on collection in 2016, the FSPP has never given interpretations of certain norms. As noted in the FSSP document, until June 2021, cases of violations in debt collection were considered only by the courts.

Since the bailiffs received new powers this year, the service decided to make the practice of reviewing cases more uniform and convey this to employees in the regions. RBC sent a request to the FSSP.

What are the recommendations to collectors and debtors.

From July 1 , 2021 in Russia has tightened the rules of interaction of claimants with persons somehow related to debtors — relatives, roommates or, for example, neighbors. It is possible to contact a third party only if two conditions are met simultaneously — there is a written consent to this from the debtor, as well as from the third party itself.

As follows from the new recommendations of the FSSP, collectors can now worry about consents only if the loan agreement was concluded with the borrower after July 1 of this year. The new rules do not apply to old debts.

The bailiffs pointed out the difference between “telephone conversations”, “phone calls” and “attempts to dial”. As noted in their recommendations, the law does not give an understanding of how long a call to the debtor should last in order to consider it valid and apply restrictions on the number of calls per day.

The FSSP suggests taking into account only a “successful telephone connection” for longer than one or two seconds, when the debtor had the opportunity to obtain information about the interlocutor-the recoverer.

But if the borrower hung up the phone, then the call should be considered valid, the bailiffs believe, since “the debtor must retain the right not to maintain a dialogue with the lender.”

The FSSP also warns that the use of auto-calling by collectors will be considered psychological pressure on customers and a violation of the law.

The recommendations address the problem of the use of collector robots and “autoinformers” by collectors. Now there is no such thing in the 230-FZ, and it is not clear whether calls from robots are considered full-fledged telephone conversations or only voice messages (the latter can be sent more often).

Since modern robots can already support different dialogue scenarios, their communication with debtors should be equated to telephone conversations, the bailiffs summarize.

The FSSP provides what actions of collectors can be regarded as misleading citizens.

This is, for example, a message to the debtor about filing a police report against him in connection with non-payment of money or a demand to return a certain amount by a date that does not appear in the contract.

Bailiffs also point out that the law prohibits collectors from exerting psychological pressure on citizens, but the range of actions falling under this definition can be wide. “Each person has his own character, tolerance threshold. People can evaluate the same action differently,” the authors of the recommendations argue.

According to the FSSP, psychological pressure can be considered promises to search for the debtor through acquaintances and neighbors, calls to him at work or calls with silence into the phone, as well as threatening messages in social networks.

NAPCA President Elman Mehdiyev told RBC that market participants positively assess the FSSP document. “These recommendations are aimed at clarifying the mandatory requirements established by law, which, in turn, will allow controlled persons to prevent violations due to misinterpretation of the law,” Mehdiyev said.

He, however, noted that the FSSP could more clearly indicate its position on some issues and give more detailed recommendations, for example, on working not with debtors, but with third parties.

As in Russia can collect debts from individuals

Now, according to the law, if a borrower has a debt, the lender can independently collect money, entrust it to collectors according to an agency scheme or sell them the rights of claim on the debt (conclude a cession transaction). Within 30 working days, the citizen must be informed that professional collectors will now interact with him. Creditors or collectors may contact the borrower himself, third parties, if there is their consent and the consent of the debtor, as well as with the client’s lawyer.

Direct interaction with the debtor is considered to be personal meetings (no more than once a week) and telephone conversations (no more than once a day, twice a week and eight times a month). Twice as often, recoverers can send text or voice messages to borrowers. The law also prohibits disturbing debtors at night, exerting psychological pressure or misleading them.