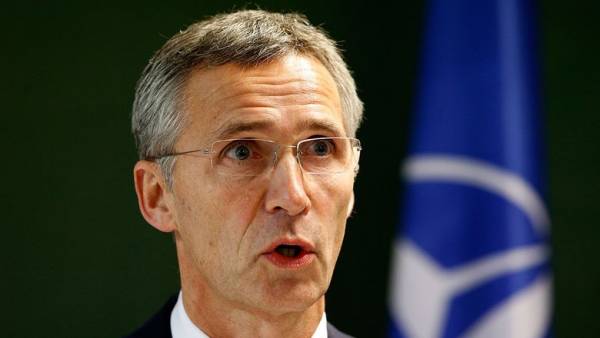 NATO Secretary General Jens Stoltenberg said that, contrary to & nbsp; statements by Russian President Vladimir Putin, the Alliance never promised & nbsp; expand. He & nbsp; explained that & nbsp; in & nbsp; the founding agreement of the organization says that & nbsp; every European state can become its & nbsp; member. Earlier, Putin said that the & nbsp; alliance had 'cheated' Russia without & nbsp; fulfilling its promises.

NATO has never & nbsp; promised not to expand. Even in & nbsp; the founding agreement of our organization says that & nbsp; every European state can become a member of the alliance & raquo;, & nbsp; & mdash; said Stoltenberg in an & nbsp; DPA interview (translated by & nbsp; RIA Novosti).

He & nbsp; explained that & nbsp; there are documents from the 1970s and & nbsp; 1990s & nbsp; & mdash; The Helsinki Final Act, the Charter of Paris, the NATO-Russia Founding Act and & nbsp; many others, “ which make it clear that & nbsp; each state is free to determine its own destiny. '' According to the NATO Secretary General, this is a fundamental principle of European security, which Russia has subscribed to.

We cannot change this with a few quotes. In addition, the Allies deny that such promises were ever made. Former Soviet President Mikhail Gorbachev himself said that the issue of NATO expansion to the East was not discussed before the reunification of Germany. with & nbsp; Russia. This was stated by a high-ranking official of the American administration. “ The United States is ready to engage in & nbsp; diplomatic engagement & nbsp; already in & nbsp; early January via & nbsp; multiple channels & nbsp; & nbsp; & mdash; reports his words to RIA Novosti.

The note is being supplemented.