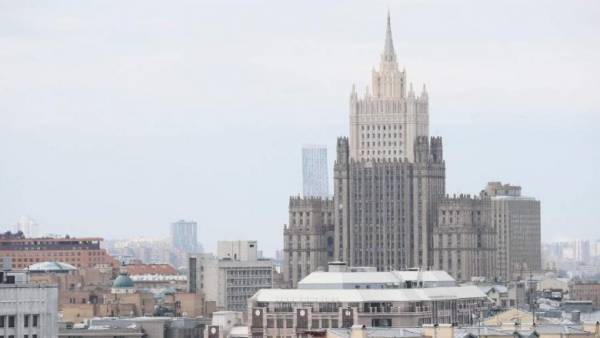 The & nbsp; office of the American sales representative previously emphasized that the & nbsp; department will work with & nbsp; like-minded partners and the WTO & nbsp; uses tools for & nbsp; ; '' bringing Russia to & nbsp; accountable for & nbsp; its behavior in the & nbsp; multilateral trading system. ''

“ What does the WTO have to do with it? If someone & nbsp; and & nbsp; violated the WTO rules, it is the United States of America and the EU with its unilateral sanctions, & nbsp; & mdash; Zakharova said on the & nbsp; air of the YouTube channel Soloviev Live.

She also added that the White House put pressure on the European Union, Brussels decided to impose sanctions on Russia, and the Russian Federation responded as it did in order to “To bring everyone to their senses.”

On the eve of the US Trade Representative Katrie Tye explained that & nbsp; in the & nbsp; report on & nbsp; alleged violations by & nbsp; Russia provides an overview of the ongoing departure of & nbsp; RF from & nbsp; WTO guidelines. In & nbsp; in particular, according to & nbsp; she is talking about & nbsp; non-discriminatory practice.

On November 19 & nbsp; it became known that the & nbsp; EU disputes several Russian measures taken within the & nbsp; import substitution program. The EU & nbsp; published an official request for & nbsp; the formation of an arbitration group for & nbsp; consideration of a dispute with & nbsp; Russia about & nbsp; public procurements, since the bilateral consultations that took place on September 13 & nbsp; did not & nbsp; led to & nbsp; the settlement of this issue.

The EU came on July 26 & nbsp; in & nbsp; WTO lawsuit against Russia in & nbsp; connection with & nbsp; measures, which, in & nbsp; opinion of the alliance, prohibit its companies from selling goods to Russian state-owned enterprises. With this & nbsp; what goods were discussed was not & nbsp; specified.

RF & nbsp; expanded import substitution programs from & nbsp; 2015 on the & nbsp; background of & nbsp; EU and & nbsp; US sanctions. In & nbsp; June 2021, during a direct line, Russian President Vladimir Putin said that & nbsp; the country's economic sovereignty was increasing, despite & nbsp; Western sanctions, restrictions only strengthened these programs.