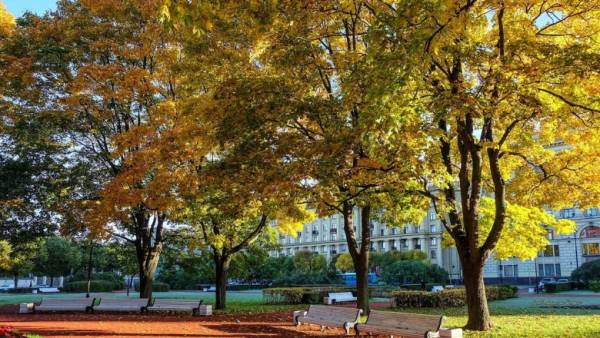 Specialists from King’s College London conducted a study among 756 residents of different countries living in large and small cities around the world. All the study participants answered questions about loneliness, social integration, the natural environment and living conditions. These data were collected by scientists in the period from April 2018 to March 2020.

After studying the questionnaires received, the researchers found that those people who lived in more densely populated and crowded cities and districts felt more lonely than those who lived in quieter conditions of small towns. But the feeling of loneliness among people from the first group decreased by 28% if they could often see nature, including just the sky with trees.

Scientists clarify that after adjusting the results for age, gender, education, profession and ethnicity, the link between the level of loneliness and nature remained.

The conclusions of experts suggest that the feeling of loneliness depends not only on social, but also on environmental factors. And the new study can greatly help the Institute of Health in creating suitable strategies aimed at reducing the burden of loneliness, because it is known to affect the risk of death more than air pollution and even obesity.