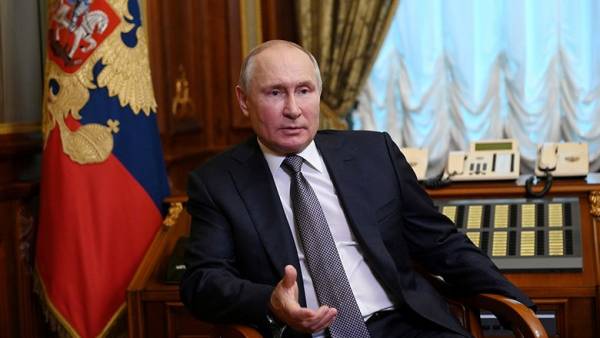 “We need long term, legally binding guarantees. But & nbsp; we & nbsp; with & nbsp; you know well & nbsp; & mdash; and & nbsp; this something & nbsp; cannot be trusted! Because the & nbsp; USA easily withdraws from all international treaties, which they & nbsp; become uninteresting. Easy! Explaining something & nbsp; or not & nbsp; explaining at all. As it was with the & nbsp; agreement on & nbsp; ABM, & nbsp; Open skies. But & nbsp; even though it is, at least something, but & nbsp; not & nbsp; oral assurances. The price of such words and & nbsp; promises we & nbsp; know & raquo;, & nbsp; & mdash; said the president at the & nbsp; expanded collegium of the Ministry of Defense.

He noted that in the event of the appearance of the US and NATO missile systems in Ukraine, the time of their approach to Moscow will be reduced to 5-7 minutes.

The Russian Foreign Ministry announced draft agreements with & nbsp; the United States and & nbsp; NATO on & nbsp; security guarantees on 17 & nbsp; December. Among other things, Moscow demanded to legally fix the refusal to & nbsp; NATO expansion, stop military cooperation with & nbsp; post-Soviet countries, remove American nuclear weapons from & nbsp; Europe. Washington said it was & nbsp; ready for & nbsp; discussion through & nbsp; bilateral interaction, the Council of Russia & mdash; NATO and & nbsp; OSCE. According to the & nbsp; Financial Times, & nbsp; NATO does not yet have a unified position on negotiations with & nbsp; Russia, but & nbsp; the alliance understands the need for dialogue.