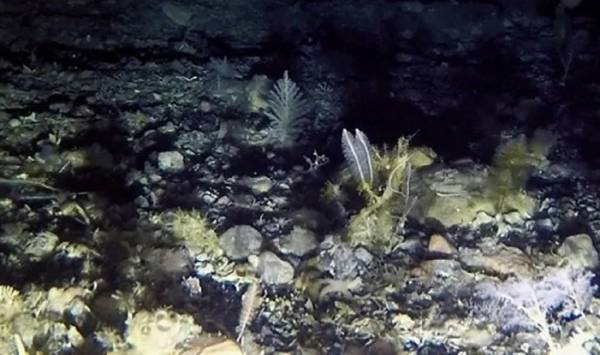 Deep under the ice of the Extreme ice shelf in Antarctica has been thriving in complete darkness for thousands of years, scientists from the UK and Germany have found out.

“The discovery of such an abundance of life in these extreme conditions is a complete surprise and reminds us how unique and special Antarctic marine life is,” says lead author of the study and marine biologist of the British Antarctic Survey David Barnes.

With the help of hot water, the researchers drilled two wells almost 200 meters deep in the Ekstrom Glacier in East Antarctica and took samples. The biodiversity in this place turned out to be surprisingly rich. The team found 77 species of mosses (primary-mouthed animals) and serpulids (polychaete worms). Many of these creatures have never been found in such conditions before.

For the most part, these animals are sedentary and feed on microalgae (phytoplankton). They usually sit in one place and grab organic matter particles from the water with their tentacles.

But plants or algae cannot live in such an extreme environment — in complete darkness at very low temperatures — and this has seriously puzzled scientists.

In addition, radiocarbon dating has shown that life in this place has been thriving for almost 6 thousand years.

Researchers believe that the found animals used to live in small areas surrounded by open areas of water, where phytoplankton thrived under the influence of sunlight. Currents carried microalgae deep under the ice, where mosses and serpulids lived.

Scientists are worried whether these animals will be able to continue living under the glacier, because due to global warming, the “well-established system” is being destroyed.