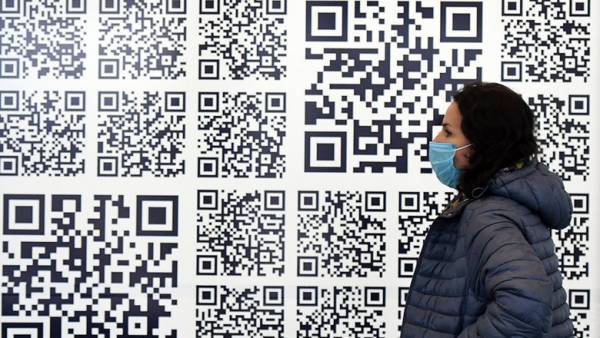 Microchips, which can be inserted under the skin and transmit various information with their help, appeared in Sweden a long time ago. However, local residents became more interested in them and used them as an alternative to the QR code when the country tightened restrictions for those unvaccinated from coronavirus.

Unlike most other countries, where the coronavirus was fought with strict quarantines, the Swedish authorities chose a different path. For a long time, the restrictive measures here were much milder than those of the neighbors, and were mainly advisory in nature. Even the benefits of medical masks in the country were doubted, the Swedish health agency noted that it did not believe in their “decisive importance”.

For the first time, the authorities recommended wearing masks only in December last year.

However, due to the increase in morbidity, Sweden still had to tighten measures. Since the beginning of December, events in which more than 100 people are expected to participate can be accessed only by presenting a document on vaccination against coronavirus.

The Swedish daily newspaper Aftonbladet reported that against this background, the number of people in Sweden who are ready to implant a microchip with a vaccination passport has increased.

The implant was developed by Epicenter. A chip no larger than a grain of rice is injected under the skin with a syringe. The procedure lasts a few seconds, is almost painless and, according to the developers, is safe. If necessary, the implant can be removed.

The chips use Near Field Communication (NFC) technology, the same as in credit cards for contactless payments or in mobile phones. Implants contain information that other devices can read, but such chips cannot read the information themselves. A small amount of data can be read from the chip at a close distance, the information is transmitted using electromagnetic waves.

The technology itself is not new, but microchips that can be implanted under the skin did not appear immediately. Epicenter created working versions of the device by 2015. The company offers to replace many other communication devices with an implant. For example, in theory, the chip can be used as a credit card, a key, or even control a printer with it.

“Of course, putting something in your body is quite a big step, and at first it seemed too much even to me. But, on the other hand, people implant pacemakers into their body, for example. And this is a much more serious thing than having a small chip,” explained Epicenter co-founder and CEO Patrick Mesterton.