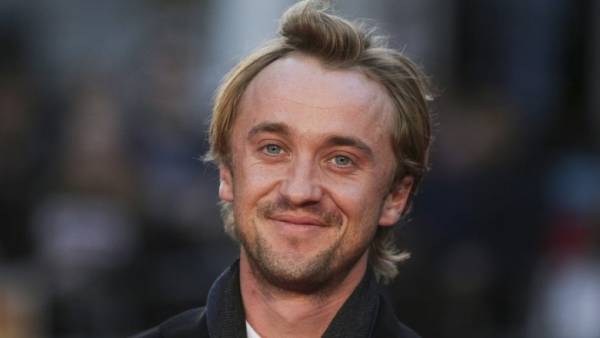 The actor is expected to have a busy schedule at the Russian festival. Felton has been taking part in autograph and photo shoots since the morning. The appearance of the beloved hero on the stage was greeted by deafening applause and shouts, hundreds of fans came to the meeting.

This is my first time in Russia, so you are the first Russian fans I have met. I am a fan of Russian culture. I like your music, ballet, architecture and literature.Tom Felton

“This year, almost today, marks 20 years since the release of the first picture. It’s great to realize that this universe has so many fans, this love is passed down from generation to generation,” Felton shared.

A special edition dedicated to this event will air on HBO Max at midnight on New Year’s Eve, January 1. In Russia, the premiere of the film, which was called “Harry Potter 20 years later: Return to Hogwarts”, will be exclusively shown by the online cinema “Amediateka”.

It was a very emotional reunion, we were all crying. It was great to meet the people I spent my childhood with again.Tom Felton

The festival of cinema, games and comics is organized by the largest Russian comics publishing house Bubble, founded in 2011. Movie stars, famous comic book artists, as well as Russian cosplayers will take part in it. The event takes place at the Expocentre Fairgrounds in the COVID-free format.